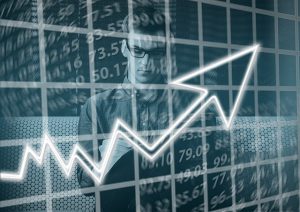 The Post-Millennial generation, or Gen Z, is a group that has the potential (and some would argue, the built in task) of stabilizing our culture and helping it to progress to the next revolutionary generation epoch needed to continue to evolve our world.

Gen Z is a generation that will be more involved in the technology of our world in a hands on, practical way, than perhaps any generation before it.

As tech as has progressed over the last thirty years, the last few generations (for the most part) haven’t had much more than a cursory understanding of how things work enough to create their own versions the way that Gen Z will have.

The millennial generation has had the entitlement to technology and its benefits, but has had very little in the way of the development of said technologies.

This will have a profound effect on Gen Z, which will lead to further innovation of current technologies, as well as fine tuning and perfecting in a very real way that goes beyond the product reviews and wish lists more congruent with their millennial parents.

For those in power and looking to stay there, the primary focus should be to push for more creative education as it relates to technology development. A push towards the sciences has been attempted a few times in the past (with mixed results, at best), but a push towards the understanding of how to turn existing tech into something new and practical, as well as furthering things by perfecting what is now.

It is Gen Z that has the greatest potential to be a stabilizing element, as things are made safer, smarter, ad more user friendly.

Join us next time as I discuss one of the last “Gen Z” epochs of American culture: the 20th century post war generation.

Comments Off on Post-Millennials: Sooner and Later